Work, from "Stopping by Woods on a Snowy Evening," a poem by Robert Frost

A quiet poem by Robert Frost, “Stopping by Woods on a Snowy Evening,” murmurs a small vignette of a person pausing while making deliveries or pickups far from farmhouses one winter evening.

His few minutes of appreciation for the scenery give insight into several aspects of Work.

Whose woods these are I think I know.
His house is in the village though;
He will not see me stopping here
To watch his woods fill up with snow.

My little horse must think it queer
To stop without a farmhouse near
Between the woods and frozen lake
The darkest evening of the year.

He gives his harness bells a shake
To ask if there is some mistake.
The only other sound’s the sweep
Of easy wind and downy flake. 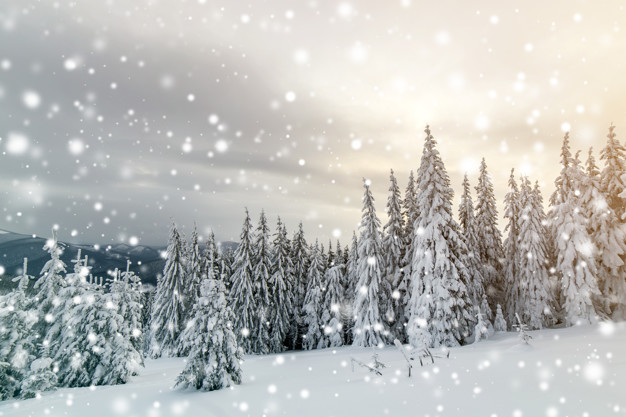 Gender: Frost does not identify the gender of the person stopping by the bedecked forest, but almost certainly the person is male. A woman in the years of Frost’s poem, before motors put an end to horse-drawn carts, would not have been out on a chilly winter night alone guiding a horse. More broadly, jobs and work divide into gender roles in much of the world, and even in developed countries discrimination on account of gender limits women’s access to or success in many jobs. The disparaging term “pink-collar” jobs suggests some of the obstacles to women outside of the traditional roles of teachers and nurses. Taking care of children and managing a home have been disparaged as “not real work.”

Necessary: The man in the poem reluctantly breaks off his admiration and reveries amidst the lovely, dark and deep woods; he must finish whatever he is doing before it becomes too late, too dark, or too over-due.

Relatively few people live to work, most work to live. They hold a job because they need the money (or goods or services to barter) for food, clothing, shelter, and perhaps even to put aside some savings. Unless we have inherited a fortune, endorse checks from a trust fund, or chose wealthy parents, we need to pay the mortgage or lease, eat, wear clothes and otherwise spend what we earn from working. How hard we work and what may be demanded of us ranges enormously, but for most people the driver of their work is the necessity of earning a living to live. In the poem, in deep winter, and despite the allure of the serene and snowy woods, the driver accepts that he must press on because his obligations loom and must be met. The final two lines repeat the reluctant realization that the incessant demands of his work must cut short the pleasures of the easy wind and downy flake. Schedules must be adhered to; square feet of floors polished; projects must be pushed forward.

Father’s Vocation: Only until the last century or so did sons in wealthier parts of the world venture away from what their father did. “Dad delivered ice, I deliver ice.“ Work in the United States, for sure, no longer means following in the footsteps of your father but now has broadened into a thousands of different occupations. Girls had little hope of working, until recently, other than a few gender-ghetto jobs such as teaching, sewing, nursing, and domestic help. The cart and clientele might well have been inherited from the father.

Gig Economy: We can’t know for sure whether this cart driver serves an employer or whether he works for himself. But self-employment would have been most likely. In fact, whatever he and his small horse are up to might be seasonal work. Or he heads out when a client needs a shipment or wants to deliver something. Perhaps he hires out as a day laborer for local farmers during the growing seasons. He may be his own boss, but he pushes himself steadily:

But I have promises to keep,
And miles to go before I sleep,

Not First Preference: We all know the canard, “A bad day of vacation is better than a good day in the office.” Here, even a chilly pause is better than plodding on to the next appointment.

The only other sound’s the sweep
Of easy wind and downy flake.

Admiring the serenity of snow on dark trees ranks higher on the hedonism scale than delivering firewood (or whatever is being hauled). Workoholics, such as newspaper tycoons, don’t feel the same urge for relaxation and leisure. For most of us, work is a necessary evil. Why else the Sunday evening blues and TGIF?

The appeal of this poem owes much to its tension and interplay between pleasure and work. The cart driver would oh so much like to relish the calm beauty of the winter eve, but work’s heavy demands oblige him to restart his horse.

To consider subthemes of Work that are not closely associated with this poem or the other three creative works, please visit Additional Subthemes. Read this for more about Themes from Art.