Handsome romantic rebels (or dangerous, petty criminals) in the movie Bonnie & Clyde flirt with death, aware that their violent end may come any moment. For them it is a thrill that they live knowing that “for all they that take the sword shall perish with the sword." Robbing banks during the Depression may have been exhilarating for the young Bonnie Parker (Faye Dunaway) and Clyde Barrow (Warren Beatty), but the kill-joy authorities terminated their criminal spree in a crescendo of gunfire. Here is a clip of the death scene. 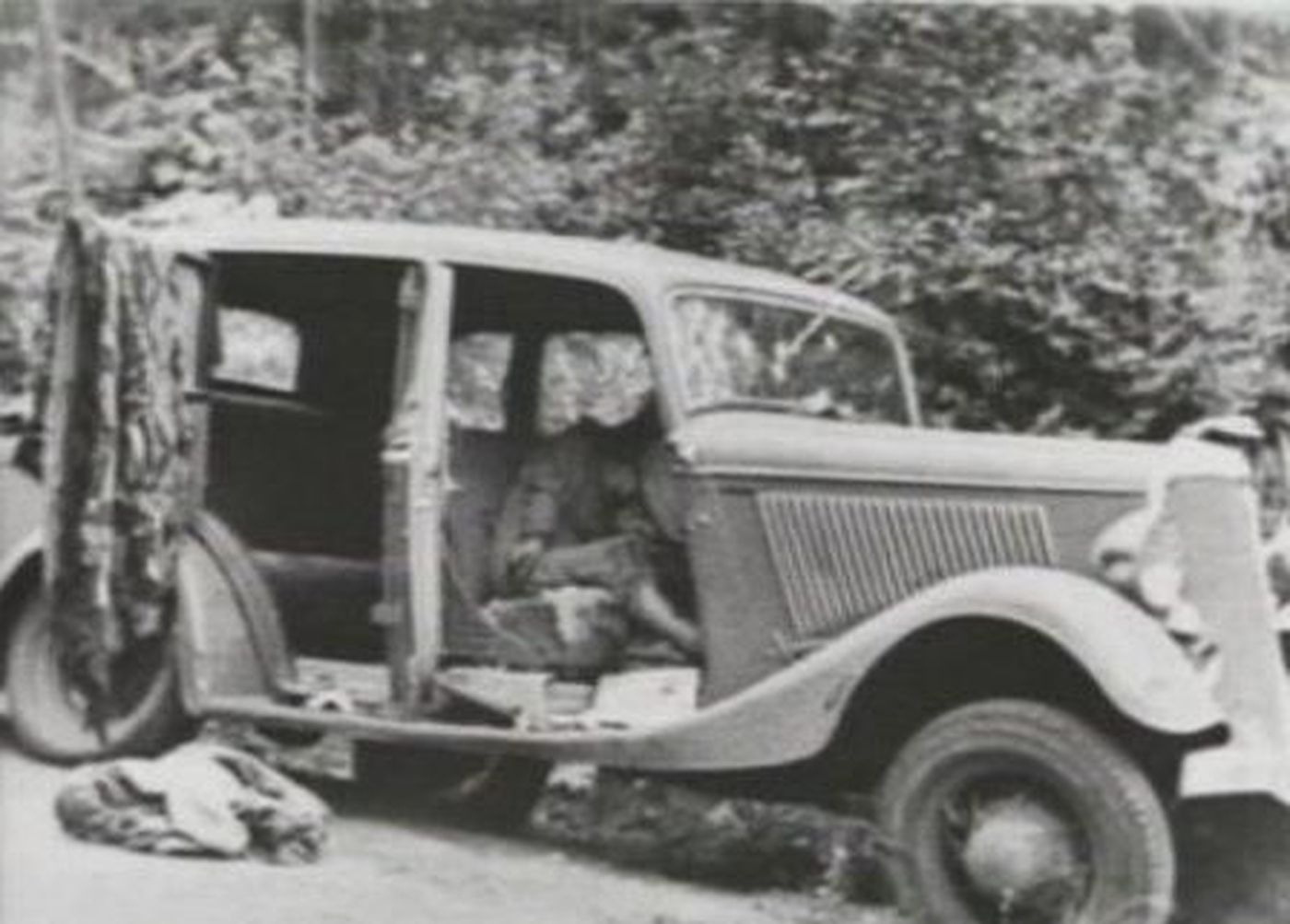 Accidents: After an early heist, a banker jumps on the running board of Bonnie and Clyde’s car as they flee from the robbery. An accomplice panics and shoots the man in the head. The accomplice didn’t mean to react that way, it was an instinctive accident under stress. In America automobile accidents, poisonings, and falls each kill tens of thousands every year. Other deaths are not misjudgments or missteps. For example, we do not know why the man of Cezanne’s painting went to the gallows, but we can presume whatever crime he was found to have committed was deliberate, not a mistake of negligence.

Suicide or Downhill Slide: Other notable movies feature suicides, such as in Butch Cassidy and the Sundance Kid as the two fugitives rush into a barrage of bullets, Thelma and Louise as the heroines drive off the cliff, and in Three Billboards Outside Ebbing Missouri when the sheriff pulls the bag over his head. Taking one’s life can be seen the desperate measure for release from agony, prolonged depression, or dishonor. Consider, for example, the choices of Tosca and Anna Karenina. Groups of people decide to commit suicide, such as according to the story of Masada or the Jonestown murder-suicide of more than 900 people. Although not suicides in the sense of purposefully and quickly killing themselves, scores of thousands of Americans fall each year from what have been called “deaths of despair.” Drug overdoses, too much alcohol, or heavy smoking will do the job. Whether consummated by a pistol in the mouth or too much fentanyl, taking the long, final sleep can be a choice or a Russian roulette.

Civilian Jobs that Kill Workers. In civilian jobs, high-risk occupations include lumberjacks, small plane pilots, derrick operators, roofers, iron workers, commercial fishers, firefighters, lion tamers, miners, or any job that subjects workers to asbestos or coal dust. Every year, thousands of American workers in those jobs die. Employers in these occupations don’t want their employees to be injured or die, but the working conditions are inherently hazardous and accidents inevitably occur. Members of the military and law enforcement accept that they may be put in harm’s way, but Death also stalks risky civilian job.

In this final scene, a swashbuckling pair of bank robbers perish in a storm of police bullets – no trial or prison for them. In a Faustian pack, they gambled an exhilarating life against the likelihood of death rather than submit to authority, conformity, or an un-adventurous life.

To consider subthemes of Death that are not associated with this movie scene or the other three creative works discussed in this set, please visit Additional Subthemes. See this for more about Themes from Art.