Death, from "Death, be not proud," a poem by John Donne

John Donne’s poem takes the sting out of death, as he argues that eternal restfulness should not be feared and the grim reaper’s grim circumstances (often around criminals, evil potions, calamities, and disease) justify no boasting. Other notions related to Death appear in his poem.

“Death, be not proud,” by John Donne

Death, be not proud, though some have called thee
Mighty and dreadful, for thou art not so;
For those whom thou think’st thou dost overthrow
Die not, poor Death, nor yet canst thou kill me.
From rest and sleep, which but thy pictures be,
Much pleasure; then from thee much more must flow,
And soonest our best men with thee do go,
Rest of their bones, and soul’s delivery.
Thou art slave to fate, chance, kings, and desperate men,
And dost with poison, war, and sickness dwell,
And poppy or charms can make us sleep as well
And better than thy stroke; why swell’st thou then?
One short sleep past, we wake eternally
And death shall be no more; Death, thou shalt die.

Final Physical Shut Down: The poem diminishes death as no more than an extension of what it resembles (what it pictures), the pleasures of rest and sleep. As Romeo mistook when he discovered Juliet in the crypt, sleep can mimic death. So too when someone passes out or falls into a coma, they are a picture of being dead. Donne likens life to One short sleep that ends corporeally, but we awaken forever after in heaven. Perhaps, but certainly here on earth when the angels come they stop the breath, still the heart, and darken the brain. Physicians can clinically and precisely describe the stages the body passes through in its final, dying minutes as a person goes to Rest of their bones. 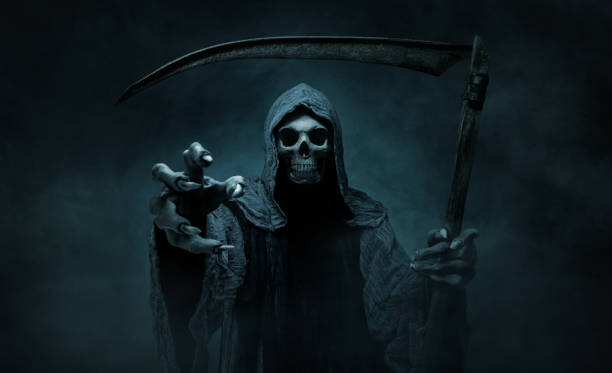 Inevitability: We’ve all heard “Nothing is certain but death and taxes” yet taxpayers do have havens, loopholes, statutory changes, court decisions, and evasions. As to death, as has every single person who is no longer with us, each will certainly will die, perhaps in a Bonnie-and-Clyde hail of bullets or more likely in our sleep. But it will happen, And soonest our best men with thee do go. No one has discovered the elixir of life or the fountain of youth, the antidote to aging. Modern medicine has kept many infectious diseases at bay, and better eating and exercise along with avoiding the “deaths of despair” can extend our longevity or maintain the quality of our time, but in the end the inexorable erosions of time wear each of us down.

Philosophical Pondering: Our awareness of inevitable mortality has spawned endless philosophical and psychological profundity. Everyone must deal with the end of their own life and come to terms in their mind with that personal finality. Fear, existential dread, denial, stoic acceptance, raging anger – all these feelings plus more arise from the thoughts we have about the Fates and the final cut of Atropos. It is the boundary we cross that neither Hamlet nor any of us can see over that frightens many people:

“The undiscovered country, from whose bourn
No traveler returns”

Myths, superstitions, ceremonies and religions strive to explain what happens after a human life ends, and modern thinkers have continued to ponder the mystery. Infinite in variety are the ways people cope with that unavoidable unknown.

Courage Facing Imminent Death: How people comport themselves in the face of death has forever fascinated the world. Courage and eloquence before the stake or the noose bring praise and we repeat final words over and over: “I only regret that I have but one life to lose for my country" claimed Nathan Hale before he was hanged; “It is a far, far better thing that I do, than I have ever done; it is a far, far better rest that I go to than I have ever known” closes A Tale of Two Cities; or Gen. Patton plants himself in the road and fires his pistol at the fighter plane strafing directly at him. Jacques Louis David’s The Death of Socrates classically portrays the noble embrace of imminent death as does resolute Butterfly at the end of Madama Butterfly. High Noon highlights Gary Cooper’s steely bravery before facing the three gunmen epitomizes moral conviction overcoming fear. Harder to find are instances of collapse in the shadow of death, such as the ammo carrier’s cowardice in the final skirmish of Saving Private Ryan. All winners of the Congressional Medal of Honor displayed conspicuous courage under fire; most of them gave their lives.

Most people wish they would not die, in part because of the unsettling unknown that follows. Death towers over them malevolently and implacably. But Donne challenges the terror of the final sleep and provides reasons for philosophical acceptance and final fortitude against thy stroke, as well as the unwarranted grounds for Thanatos being proud.

To consider subthemes of Death that are not associated with this poem or the other three creative works discussed in this set, please visit Additional Subthemes. See this for more about Themes from Art.