Birds, "The Birds," a movie directed by Alfred Hitchcock

The fright of this cinematic horror movie by director Alfred Hitchcock is birds run amok. Flocks of crows, seagulls and other birds descend en masse and slash at the frightened Tippi Hedren and other actors (Jessica Tandy, Rod Taylor). Nature red in tooth and claw descends on the small coastal village, and the movie suggests various concepts about Birds.

Tippi Hedren in the Birds

Pests: Birds rarely attack humans, despite the frightening scenes Hitchcock created. If they do, it is usually to protect their nearby young in the nest. However, farmers view many birds as pests. They destroy seeds and snatch fruit from the vine. Birds are unwelcome where plants grow that taste good to those birds. Birds do play a positive role in pollination and control of pesky insects and rodents, but unfortunately, they also reduce crop yields. Finally, in the pest-behavior class, Canadian geese indolently crowd around ponds and lakes and work overtime to deposit pellets underfoot.

Hunting and Shooting: Oddly, although no one in Hitchcock’s 1963 classic tries to shoot the marauding birds, for thousands of years hunters trapped, speared or shot arrows at birds so that they could eat them. Once guns arrived, the carnage increased (like the bumper sticker brags, “If it flies, it dies.”) The line blurred between shooting for food and shooting for fun. Today, hunting preserves cater to the fun as they host shoots of live birds flushed from their habitat by dogs or people (or released from cages). More commonly, mechanical throwers launch clay targets, small Frisbee-shaped plates that loosely imitate the path and speed of a bird taking wing. In trap shooting, the targets are launched from a single “house” or machine, generally flying away from the shooter. In skeet shooting, targets are launched from two houses in somewhat sideways paths that intersect in front of the shooter.

Pretty: The menacing, vicious avians in The Birds look frightening. Nothing handsome about the sharp talons,flapping wings, beady eyes, raucous caws, and ripping beaks! However, dramatic poses, such as a magpie against snow or eye-catching beauty attract people to birds. John James Audubon appreciated and exquisitely painted the gorgeousness of birds. Plumage, sheen, beaks, mating displays, and graceful necks all highlight birds as the dandies of the air. Among garden birds, cardinals, finches and robins catch your eye; so does a swan gracefully gliding across a pond, a regal bald eagle, or the crimson belly of a robin. Then there are the canaries, nightingales and more exotic birds. Feral is the movie, many birds are postcard pretty.

How beautiful is this bird!

Symbols and Associations: Aside from the complete freedom of birds to leave as a metaphor for wide-open choice, birds have served other symbolic roles. The Egyptian deity Thoth was part man and part ibis, albatrosses were thought by sailors to be omens of good luck, vultures circling portended death, swans represented chastity (partly because of their white plumage). 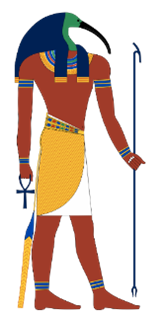 Hitchcock chose malevolent crows to crowd the scenes, as an allusion to destruction and death, but storks have become associated with birth, the American bald eagle represents our country almost as much as the flag, and turkeys represent the Thanksgiving gratitude and repast. Yeats drew on the symbolism of loss of control by a falcon:

“Turning and turning in the widening gyre
The falcon cannot hear the falconer;”

If you are interested in other thoughts on the concept “Birds,” consider other subthemes that don’t fit as directly to the poem, painting, rock song, and movie written about in this series. For an overview, this article explains Themes from Art or click on the navigation bar, “About.”