Sailing Ships, from "Mutiny on the Bounty," a movie with Marlon Brando

In this movie re-enactment of one of the most notorious shipboard mutinies of all time, the crew of the HMAV Bounty expels their sociopathic captain, Lt. William Bligh, with several of his colleagues. The events leading to and surrounding the dramatic revolt bring up several aspects of Sailing Ships.

Here is a clip of the mutiny’s start.

Mutiny: Sailors could not go AWOL if they were on the high seas, so every now and then, if opposition, resentments and anger overflowed, they rose up against their officers – they mutinied. You can read about six famous mutinies by sailors here. Mutineers were branded as criminals and most of them ended up captured or dead. 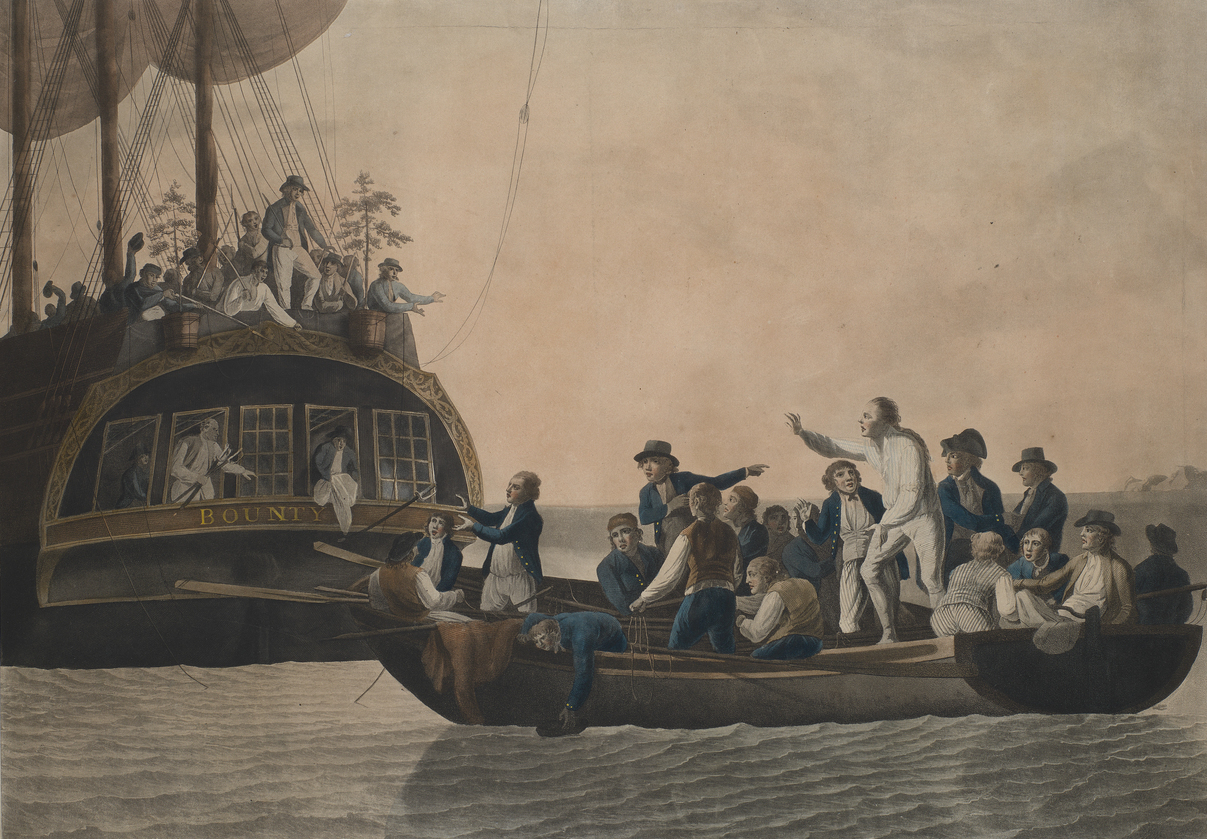 Exploration: The Bounty was a small merchant vessel that the Royal Navy purchased in 1787 for a botanical mission. The ship was dispatched to the South Pacific Ocean under the command of William Bligh to acquire breadfruit plants and carry them to the West Indies. That commercial route was well known, but from the time ships put to sea, intrepid sailors explored unknown corners of the oceans. For centuries captains and their mates were driven by a yearning for wealth, national prestige, religious conversions, a shortcut through the fabled Northwest passage, or the bright flame of fame. Some of them, such as the voyage of the HMS Beagle, where Darwin began developed his theory of evolution, focused on scientific pursuits, such as eclipses or flora and fauna. Voyages of discovery under sail often endure hardships, braved death, but expanded the map of the known world.

Symbolism: The Captain of a ship rules it and symbolizes complete authority; Capt. Bligh ruled life and death, abetted by whippings, over the tars of the Bounty. Voyages could be miserable. Fleets of military craft embody power, naval warships as an extension of military might on the oceans, such as Theodore Roosevelt’s White Fleet. Ships also convey the idea of fearless adventuring into the unknown; after all, if the world were flat, you could fall off. As another symbol, large sailing ships stand for coordinated effort, as it took the orchestrated toiling of many sailors to trim the rigging, keep the vessel ship-shape, feed everyone, and carry out a myriad of tasks. Plato developed the metaphor of the ship of state as the ideal government. Even aboard ship, symbols were present. A figurehead is the carved wooden sculpture that decorate the prow. In the perilous travels of those fragile, small vessels, figureheads embodied the spirit of the vessel, offering the crew protection from harsh seas and safeguarding their homeward journeys. In short, sailing ships came to represent many abstract ideas.

Eventually rising up against their heartless captain, the crew of the Bounty rose up in a legendary mutiny and set in motion the storied events that followed. The voyages of trade and others of discovery established many symbolic meanings of sailing ships.