The four sections before this one consider a poem in honor of a skirmish at a bridge, a song likening friendship to a bridge, a World War II movie drama and an Impressionist painting of a railway bridge. Here are a few other subthemes of Bridges.

Famous Bridges: If asked to name a famous bridge, people may mention the Ponte Vecchio in Florence, the Bridge of Sighs in Venice, Westminster Bridge in London, or the Brooklyn Bridge. Touropia shows a fine selection of well-known bridges, with pictures, as does History of Bridges. Why do a few bridges become famous? They may be associated with an historical event, such as the Edmund Pettus Bridge in Selma, Alabama. Or tourists flock to marvel at their antiquity or visual appeal (for example, the Quebec Bridge over the St. Lawrence is often deemed Canada’s most famous bridge). Some bridges have legends associated with them: in 509 BC three Roman officers (famously Publius Horatius Cocles) bravely and suicidally defended the Pons Sublicius, the only regional bridge over the Tiber into Rome, while their compatriots destroyed it behind them. Or consider Norse mythology, according to Tony Ward Furniture, where Gjallarbrú bridge spans the river Gjöll in the underworld and is guarded by the giant maiden Modgud.

World Records: Around the world, record-holding bridges abound. Here are several champions as of recent years, although given the pace of construction in China and the rest of the world, others may have since surpassed these figures. Most of these bridge records come from Science Alert.

Highest – the Duge Beipanjiang Bridge in southwest China soars 565 meters (1,854 feet) above the valley below

Click here for a panorama of the Duge Beipanjiang Bridge.

Widest – The Sydney Harbor Bridge at 160 feet not only carries traffic, but also it has two railroad tracks, a bicycle path, and a pedestrian walkway

Oldest in use – According to the Guinness World Records, the slab-stone single-arch bridge over the river Meles in Izmir (formerly Smyrna), Turkey, dates from c. 850 BC. Others cite the Arkadiko Bridge in Argolis, Greece built c.1300 – 1190 BC., shown below. 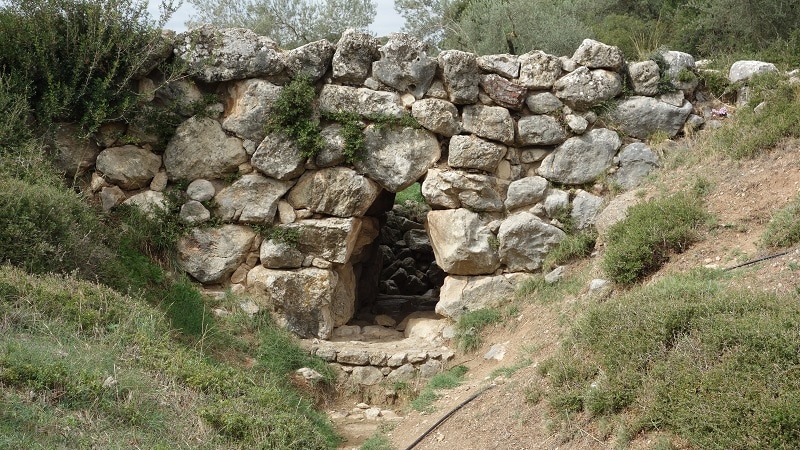 Most expensive – Not even a whole bridge, the eastern part of the Oakland Bay Bridge in San Francisco was replaced at a cost of $6.4 billion according to Thor Technology.

Expressions: A number of expressions present different uses of the term “bridge.” Consider a dozen.

Build bridges (improve relationships between an individual or a group of people. To promote friendships)

Burn one’s bridges (make a decision that you can’t undo in the future. It can also mean to remove the possibility of returning to something, like the legend of Coronado burning his ships)

Cross a bridge when you come to it (deal with a situation when it occurs, not prematurely)

Paint the Forth Bridge (a project that takes so much time that once you have completed it, you need to start again)

Sleep under the same bridge (all people are treated alike)

Water under the bridge (a loss or event that can’t be fixed, like crying over spilt milk)