Wind, from "Blowin' in the Wind," a song by Bob Dylan

Bob Dylan’s “Blowin’ in the Wind” suggests that guidance on the most profound, unknowable questions – when will justice and equality prevail – is metaphorically as clear or as likely as the blowing of the wind is enigmatic. We can and should strive for right, but powerful and chaotic forces swirl around us and obscure any answers as to when or if the battle will be one. A despairing song, if the answers my friend to eternal questions about what is right and wrong are forever blowin’ in the wind. What are other subthemes about Wind can we draw out of this song?

How many roads must a man walk down
Before you call him a man?
How many seas must a white dove sail
Before she sleeps in the sand?
Yes, and how many times must the cannonballs fly
Before they’re forever banned? 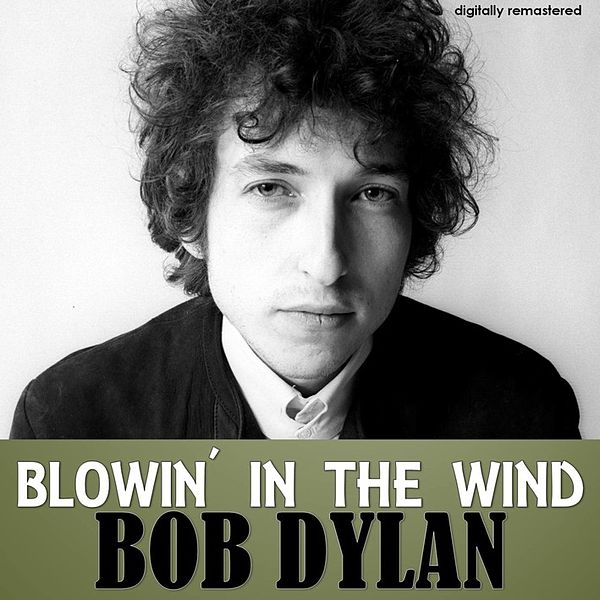 Bob Dylan on a remastered version of an album from [Napster] (https://gb.napster.com/artist/bob-dylan/album/blowinin-the-wind-digitally-remastered).

Psychology and Sociology: Humans sense the psychological force of wind everywhere. Howling winds, driving rains, toppling trees, and blaring warnings of tornadoes upset and stress us; wind whistling through cracks in walls troubles us with worries of cold, exposure, and poverty; rustling leaves portend desolation or a storm. Humans have evolved to tremble before high winds and the damage they can do. Perhaps that is why Shakespeare blasted King Lear wandering on the heath with a raging storm. The mistral – a relentless, cold, katabatic wind (wind that blows down a slope because of gravity) – frays the nerves of the French. We sense the lonesome decline and despair symbolized by tumbleweed chasing through an empty Western town. On the happier side of wind psychology, the Irish prayer “May the wind be always at your back” recognizes a good side of wind as does the zephyr of a cooling breeze in the heat and fresh gusts tightening a ship’s sails.

Many ancient people honored wind gods because of its importance. The Anemoi were the Greek gods of the four winds: Boreas the North-Wind, Zephyrus the West Wind, Notos the South, and Euros the East. The first three Anemoi were each associated with a season – Boreas was the cold breath of winter, Zephyrus the god of spring breezes, and Notos the god of summer rainstorms. Our brains process wind in complex, subliminal ways.

Musical Instruments: “Blowin’ in the Wind” reminds us that humans have forever made music by blowing into instruments: saxophones, clarinets, flutes, bugles, trumpets, trombones, recorders, kazoos, bagpipes, oboes, tubas, bassoons, and many more including harmonicas (Bob Dylan’s distinctive instrument of choice). Sections of the orchestra are known as the woodwinds and brass but that distinction doesn’t describe their inhabitants well. In the prevailing musical taxonomy, all instruments in which air is the primary vibrating medium that produces sound are called aerophones, whether or not the air is enclosed in a tube.

Organs of the traditional kind create their tones by air pumped with bellows. Then too, people whistle for both entertainment and signaling. Finally, we should not forget that singing and speaking are precise exhalations of wind! Controlled wind entertains and communicates.

Tracking and Gliding: Dylan’s ballad offers little consolation for anyone who hopes to track down when good will prevail. Wind does, however, enable tracking by smell, by the scent of the animal that could be the next meal. Predatory animals armed with acute olfactory senses track their prey by hunting downwind of them to avoid detection and sniffing the wind. Dogs, for example, have extraordinarily sensitive snouts compared to their owners. We are nasally blind when matched against Snoopy. Smell may be the least developed of our senses.

As tracking relies on wind, so too does gliding. We often see birds floating on the air currents as they fly or search for food. Birds wheel with barely a movement, held up by currents of wind. We aspire to a like calmness as we soar in gliders or pilot from heights under hang-gliders. Exhilirating, but risky, hang gliding kills 5-10 glider each year in the U.S. among the approximately 15,000 active glider pilots, according to a Stanford University Professor, indicating that they bear an annual risk of about a 1-in-2,000 of being killed by participating in the sport.

We resonate emotionally to Dylan’s symbolic evocation of the wisdom we crave floating beyond our ken in the unintelligible, quirky wind. Its whispering responses to our deepest questions may be profound or foolish, but certainty, most certainly, remain blowing beyond what we can track.

We invite you to read about other songs discussed on this blog, and their themes. Here they are: