The subthemes of Dancing discussed above arise from four works of art: a movie soaked in fine dancing, a Roethke poem of a father’s vigorous dancing, a seventeen-year-old girl who blossoms when dancing, and a Renoir of a French couple on the dance floor. We have a few more subthemes to present.

In Art and Literature: We could write at length on dance scenes from novels, such as those in Emma by Jane Austen, Ethan Frome by Edith Wharton, Anna Karenina by Leo Tolstoy, or Invisible Man by Ralph Ellison. Musicals and plays roll out dance scene, such as in Mary Poppins, West Side Story, or Grease. Operas favor dance scenes, as in Bizet’s Carmen with the Habanera, Richard Strauss’s Arabella, Verdi’s La Traviata, Johann Strauss’s Die Fledermaus or the appropriately named Un Ballo in Maschera by Verdi. Classical music even has pieces that honor dance, such as Danse macabre, a tone poem for orchestra written by Camille Saint-Saëns and Invitation to the Dance, a piano piece written by Carl Maria von Weber.

Records: As is our custom, we can present a small set of the most, the biggest, the oldest and other superlatives associated with Dancing.

Earliest evidence - The oldest proof of existence of dancing comes from the 9,000-year-old cave paintings that were found in India, which depicts scenes of hunting, childbirth, religious rites, burials and most importantly, communal drinking and dancing. Dance Facts 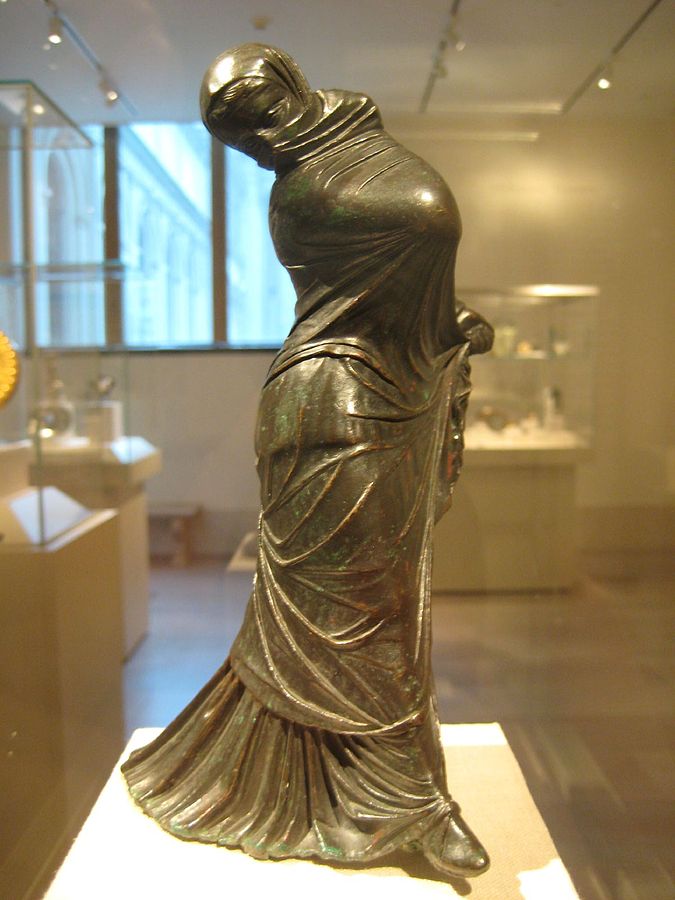 Statue of a Greek Dancer from Wikipedia

First dance movie - filmed by Thomas A. Edison in 1894. The first actual dance movie film projected to an audience was Swan Lake Ballet in 1895 in St. Petersburg, Russia. artship

Fastest dancer - James Devine of Ireland is a World Record Holder for the “fastest feet in the world”, with an astonishing 38 taps per second. Irish Post

Longest period of continuous dancing by one person - As of June 2020, Bandana Nepal holds the Guinness World Record, for which she danced for 126 hours continuously. Wikipedia

Oldest ballet company - The Paris Opera Ballet was founded in 1669, making it the oldest company in the world, and has origins in the court of Louis XIV. The company consists of 154 dancers, which includes 17 Danseurs Étoiles (Star Dancers) - the highest rank of dancer.

Most performed ballet - The Nutcracker, composed in 1891 by Tchaikovsky LiveAbout

“all-singing, all-dancing” (high-tech gadgets with the latest technology and features)

“burn up the dance floor” (energetic, dance a lot)

“catch someone flat-footed” (take someone by surprise)

“dance all night long” (enjoy a wonderful night of partying)

“dance around the topic” (ignore a controversial or difficult subject)

“dance the night away” (have a fantastic date evening)

“dance up a storm” (do something with lots of energy)

“dancing in the streets” (ecstatic about something that’s happened)

“dancing on air” (be extremely happy)

“footloose and fancy-free” (without any commitments or responsibilities)

“get in a groove” (warm up/get used doing something)

“get your groove on” (enjoy yourself by dancing)

“give it a whirl” (try something out)

“out of step” (not up to date as someone or something, not matching smoothly)

“kick up your heels” (live exuberantly)

“put a foot wrong” (make a mistake while performing an action)

“put on your dancing shoes” (get ready to perform)

“song and dance” (make a fuss about something, exaggerate, make up a story)

“sweep someone off their feet” (charm someone with romantic gestures)

“tap dance like mad” (get out of a sticky situation; act fast to distract someone)

“twinkle toes” (someone who is nimble and quick on their feet)