Thinking, from "What a Wonderful World," a song sung by Sam Cooke

“What a Wonderful World,” as sung by Sam Cooke, nods at thinking, but mostly negatively. The singer admits to being a poor student in high school, but his academic inadequacies have nothing to do with his true love. If grade point average can win your love for me, he will try to think harder and raise his GPA. You can enjoy the song here and then consider these subthemes of Thinking. 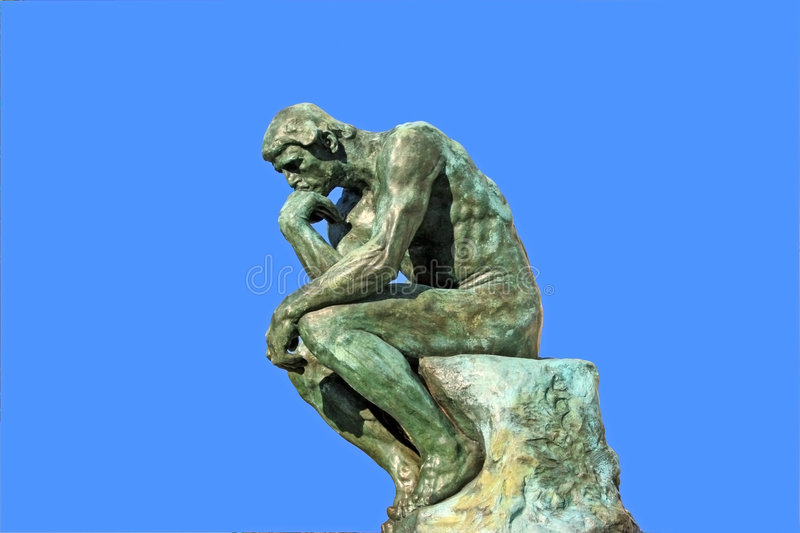 Gut Feel and Intuition: Sam Cook’s song matches book learning against heart yearning, and the latter carries the day for the singer. He sees no value in his memorizing history, biology, and algebra, nor how the slog of boring classes might sharpen his mind. Many people disparage intellectuals, those thinkers who carefully consider an issue, marshal relevant facts, and weigh the relative heft of different points. Anti-intellectuals mock academics; they belittle overt displays of intelligence such as a wide vocabulary, empirical facts, and inter-disciplinary connections; they eschew learning from text books and step-by-step argumentation; they disrespect “pointy-headed intellectuals.” They are comfortable with their own felt sense of what to do in a situation, arising from the intuitions they can’t explain and subjective memories of their life experiences. Don’t clutter my thinking with your supposed facts! An inner sense of how to proceed or what to say guides their actions.

Obstacles: Under the best of conditions, putting one’s thoughts together constructively and usefully challenges us all. Under adverse conditions, the effort to sort out one’s thoughts becomes even tougher. For example, if you drink too much alcohol, if you are angry, if your sexual drive is in fourth gear, if you are dodging a bayonet, if you suffer from a brain tumor, or if you are being tortured, thinking stops. More primitive responses take over asthe ability to pause and consider is put on hold. The mind is a delicate tool, subject to noise, hunger, pressure, and physical malaises, including aging (think dementia and Alzheimer’s disease). Mental handicaps poignantly rob a person of their cognitive functions, but so do a wide range of other obstacles.

Common Errors and Biases: The song’s faltering high-schooler would defend his dismissal of study, but his reasons would likely be irrational and flawed. Decades of study by behavioral scientists have identified scores of errors that beset how effectively people think. We are subject to all kinds of mental missteps, such as salience or recency bias, the sunk cost fallacy, or cognitive dissonance. Groups of people suffer from peer pressure and groupthink. Humans are notoriously innumerate; we don’t handle statistics and probability adeptly. “Thinking, Fast and Slow” by the Nobel laureate Daniel Kahneman offers an excellent guide to these omnipresent malfunctions of the human brain, as does Steven Pinker’s “Rationality” and shelves of other studies of the human mind. Additionally, motivated reasoning and ideological blinkers distort how we incorporate and make use of facts. Our brains are wonderful, but often wacky.

An adolescent acknowledges academic weaknesses, an inability to retain and understand typical high school subjects. But lack of book learning or structured reasoning skills doesn’t keep him from fervently loving his girlfriend. Mental alacrity has little place in his dream of a wonderful world. Where emotions and hormones rein, the disciplines of a stocked mind matter not at all.

If you are interested in further thoughts on the concept of Thinking, consider other subthemes that don’t fit as directly to the poem, painting, rock song, and movie written about in this series. For an overview, this article explains Themes from Art or click on the navigation bar, About.